Located at the Southernmost side of Broward County and Northernmost end of Miami-Dade County the Hallandale Beach-Hollywood-Aventura areas feature the most pristine and breathtaking beaches surrounded by top entertainment complexes, shopping malls and a vibrant nightlife.

In 1897 Luther Halland, an associate at Henry Flagler’s Florida East Coast Railway, started a settlement in the area just south of Dania later renamed as Hallandale in 1947 and again as Hallandale Beach in 1999. Hallandale Beach, much like is northern neighbor, Hollywood, boasts white sandy beaches while uniquely featuring world-class attractions like Gulfstream Park and Casino (home of the Florida Derby), Mardi Gras Casino and Racing (Greyhound racing track that hosts the World Classic), The Diplomat Golf and Tennis Club and much more. Hallandale Beach also offers sporting activities year-round which include tennis, golf, swimming, boating, and salt water fishing. Evenings offer a choice of fine or casual dining and night club entertainment for all ages. Merchandise of every kind can be found in shopping centers, individual boutiques and malls conveniently located throughout the city. Whether it is fun in the sun, sizzling nightlife, sporting activities or just relaxing on a sunny, pristine beach it can all be found in Hallandale Beach. 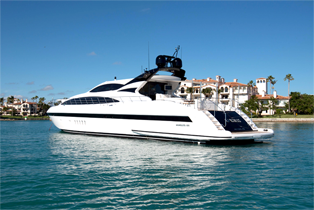 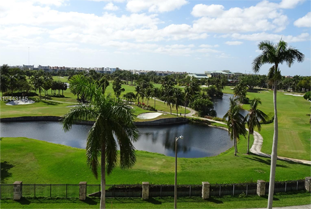 Founded by Joseph Young in 1925, Hollywood is Broward County’s third-largest municipality housing sixty parks, seven golf courses and seven miles of white sand beaches. The one-of-a-kind Hollywood Beach Boardwalk, a promenade that stretches nearly 2.5 miles along the Atlantic Ocean, has been named one of America’s Best Beach Boardwalks by Travel + Leisure magazine. This thoroughfare hosts pedestrians, joggers, bicyclists, and millions of nature lovers every year. Dozens of eateries and inns line the Boardwalk and the promenade also features a children’s water playground at Charnow Park, and many other attractions. Historic Downtown Hollywood is a lively commercial, entertainment and cultural arts district highlighted by the Artspark at Young Circle with dozens of bars and restaurants. Downtown Hollywood hosts hundreds of concerts, music festivals, dance exhibitions, shows and art exhibits year-round.

Aventura is the northernmost community in Miami-Dade County and became incorporated as a city in 1995. It gained its’ name from the Spanish word for “adventure” and is known as a shopper’s haven. Aventura hosts the 5th largest mall in the United States, Aventura Mall, as the centerpiece of the community littered with fabulous shopping plazas, centers, stores, restaurants and bars. The Hallandale Beach-Hollywood-Aventura area of South Florida has it all and provide a great playground for an exciting South Florida vacation.